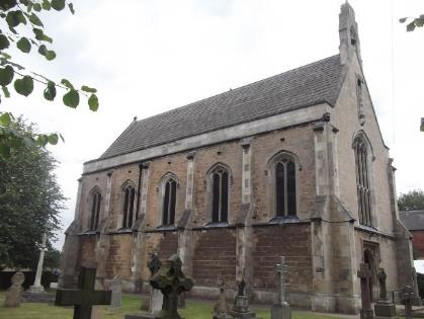 St Mary's Church, on Park Street, is a Grade II Listed church designed by the architect Matthew Hadfield who was a follower of Augustus Pugin. Construction of the church began in 1838 on land donated by the 12th Duke of Norfolk. alongside the church there was a school which is now home to a number of organisations and which is also used as the parish hall.
The church was completed in 1840 and the parish was formally consecrated in 1926. Until 1980 it sat within the Diocese of Nottingham. On 30th May 1980 it became part of the newly formed Diocese of Hallam. The church underwent an extensive restoration programme in 2013-14. The church received support from Historic England. The church re-opened on 18th November 2014. The following evening the Church was rededicated by the Right Reverend Ralph Heskett,CSsR, Bishop of Hallam. St Mary's celebrated its 175th anniversary in 2015.
Due to its connections with the Dukeries the church was attended by many notable Catholic monarchs. The most notable of these was the Archduke Franz Ferdinand who attended shortly before his assassination at Sarajevo in 1914, which ultimately led to the Great War.